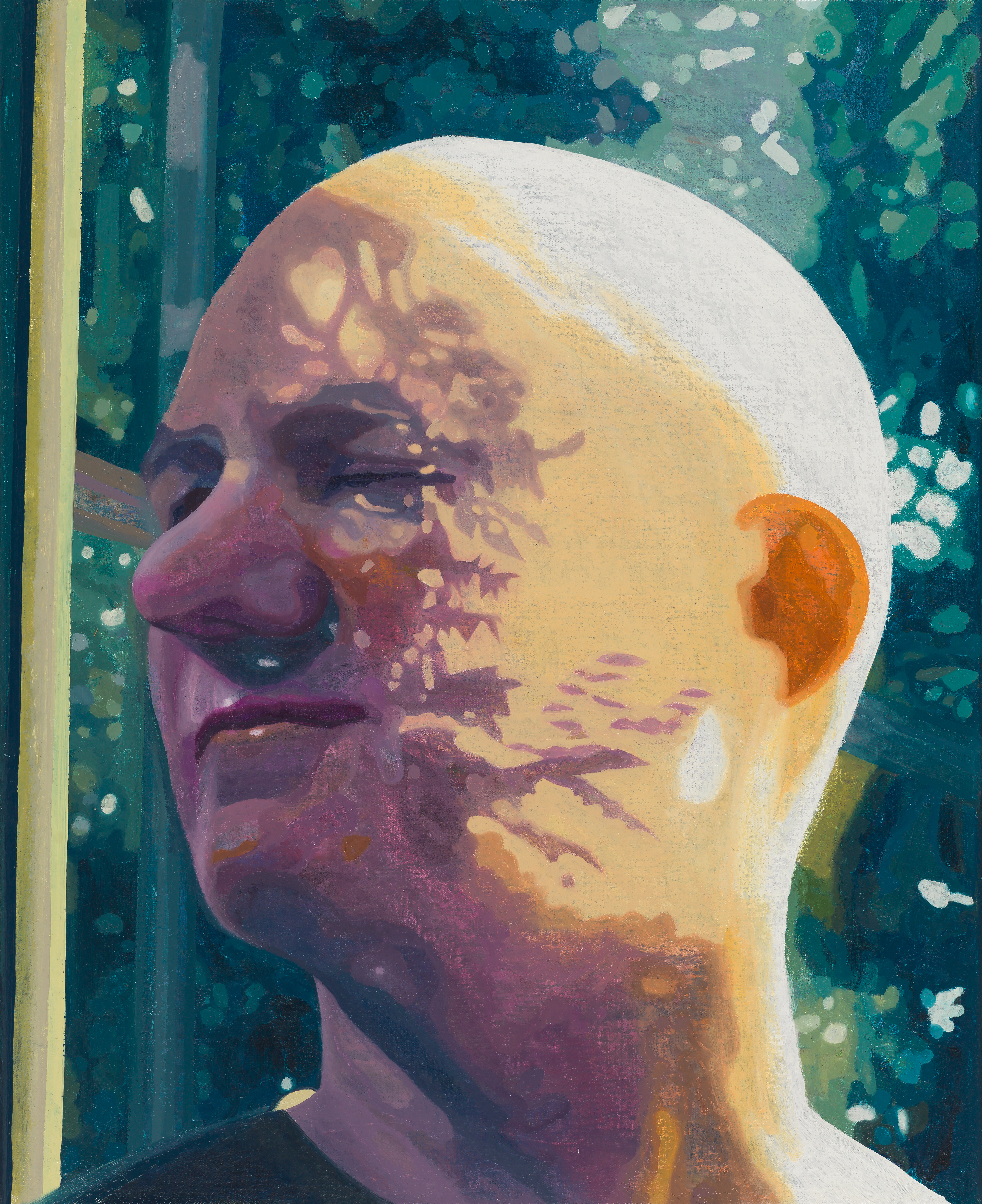 Opening in the presence of some artists.

Me, Myself and I highlights one of the most fascinating themes throughout art history: the self-portrait. Almost a year ago, Black Swan Gallery invited artists, trusted with the Gallery, to participate in a special group exhibition. Each of them was challenged to create their ultimate self-portrait.
Give us a look at yourself in the truest, sharpest, introspective way. Do not place the emphasis on the true-to-life representation, but approach your being from an unprecedented angle. Use your trusted artistic media to create a visually stimulating translation of this self-perception. In addition, you may optionally show a second work that either portrays your loved one or the work that best typifies your oeuvre, your ultimate creation.
By giving some twenty artists carte blanche, the gallery waives a range of curatorial options. For months it remained unclear how the artists would work and many questions remained unanswered: Will they rather portray themselves or their intimates in an objective or subjective way? How will the introspection deal with existential subjects such as desire, fear and hope? What aspect of their personality will they be able to reflect in the ultimate way in the self-portrait?
The earliest self-portraits take us back to Egyptian and Greek culture. For example, there is a strong suspicion that Phidias sculpted himself in an Amazonomachy (c. 438-432 BC) – a series of metopes about the battle between Greeks and Amazons – on the west side of the Parthenon. In a subtle way, the sculptor portrayed himself in a mythical group portrait. However, it was not until the renaissance that the genre really took off. The availability of innovative and cheaper mirrors and the possibility to paint supports on plain panels formed the basis for the great success of the self-portrait in prosperous 15th-century Europe. The Portrait of a Man with a Red Turban (1433) by Jan Van Eyck is exemplary. It is generally believed that the grandmaster and genius portrayed himself in a naturalistic way. Striking is the motto ALC IXH XAN (freely translated: as best as I can) that is at the top of the list. His credo, in combination with his lavish traditional costume, bears witness to a high self-awareness as an artist and as a person. The emergence of new media such as photography and cinema in the 19th century and audio and video in the 20th century brought new possibilities for the genre. Just think of Cindy Sherman’s Untitled Filmstills (1977-80), a series of 70 small black and white photos, in which she takes on the role of a female character with adapted clothing, haircut and make-up. A charged atmosphere characterizes this series of film stills and the work reflects on the female identity.
Today the question arises how the artist should relate to the genre. In our contemporary visual culture, portraying yourself is more popular than ever. The rise of affordable smartphones and the advance of social media make it possible to take a selfie in no time and share it with a wide audience. Many of these photos and videos find their way to social media like Instagram, Snapchat, Tik Tok and Facebook every day for a handful of likes and comments. Finally, the question can be asked what impact the coronavirus had during the creation process. More than ever, the artist led an isolated life, whether or not together with his loved ones. Perhaps this peculiar period was the perfect opportunity to get to know oneself and his or her peers better?
Benedict Vandaele