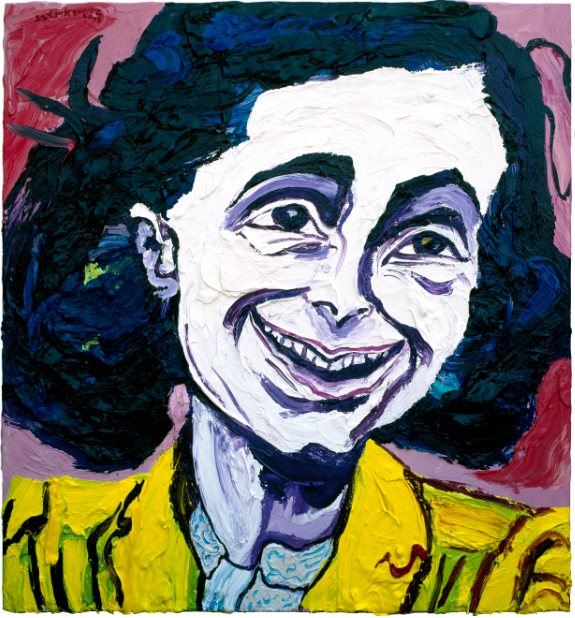 Opening on Saturday October 23th in the presence of Mr Elio Di Rupo, Prime Minister of Wallonia and former Prime Minister, who will take the floor at 4.30pm, Mr Tommy Leclercq, Governor of the Province of Hainaut and the artists.

“Frères Humains” celebrates the connection between two congenial and artistic friends. Both are fascinated by humans and show us how they capture  the essence of humanity in their paintings or pictures.

Charles Szymkowicz, one of the most prominent European pioneers of the new figuration and the neo-expressionism, is since a couple of decades building his oeuvre in which he demonstrates his admiration for his heroes, not only by portraying them but also by revisiting their masterpieces. He doesn’t hesitate either  to confront us with the shady side of humanity.

Frank Zauritz,one of Germany’s most important portrait photographers, is capable of gathering everybody of importance in front of his camera. Barack Obama, Michail Gorbatsjov, Rihanna, Harry Belafonte, Tom Hanks, Cher and Tom Cruise all posed for him. He never goes for the obvious shot and shows us every time an unique view on and insight into his subject. His pictures are published worldwide.

In this show we show new and existing work from Charles Szymkowicz in dialogue with mostly unpublished artistic work from Frank Zauritz.